On November 27, 2022, at approximately 7:45 PM, the pictured suspect walked into a business in the area of Greenback Lane and Fair Oaks Blvd and attempted to rob an employee while threatening them with a knife. The employee was able to get away and the suspect fled the scene. Citrus Heights Police Detectives have exhausted all leads on this case and are requesting the assistance of the public to help identify this suspect. The suspect was seen wearing a black baseball cap, red sweatshirt, jeans, black shoes, and black gloves. 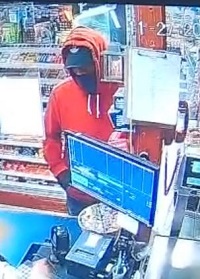 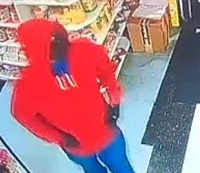 On 10/12/2022, at around 4:40PM, the Sacramento Police Department responded to a shooting near the intersection of 8th Street and J Street. The individuals in the photos are persons of interest at this time. 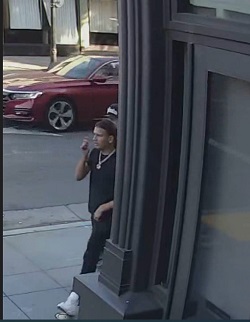 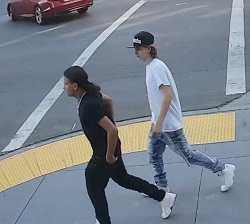 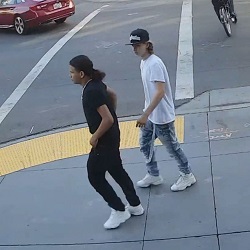 At approximately 12:05 PM on 12/30/2022, the suspect entered the Boost Mobile on Fruitridge Road.  He pointed a semi-automatic handgun at a store employee and ordered the employee to open the cash register.  The suspect held the victim at gunpoint while the victim emptied the cash from the register and gave it to the suspect.  The suspect then ordered the victim at gunpoint to a back storeroom where the suspect stole eight iPhones.  The  suspect left the area in a 2003 gold Honda Accord with California License Plate 5BAA988.
The suspect is described as a Black male adult, approximately 28-30 years old, 5'8" to 6'0" tall, weighing 150 to 175 pounds.  He was wearing a black hoodie, black pants, black and white shoes, and armed with a black handgun. 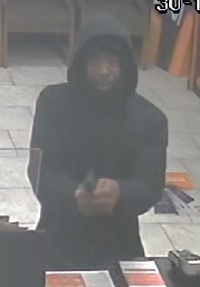 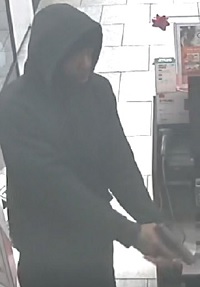 On January 1st at 6:18 p.m., Placer County Sheriff’s deputies responded to the 1100-block of Fox Lane in Lincoln, for a report of a deceased male. Deputies arrived at the scene and located an unresponsive male inside his home, who appeared to have suffered from several gunshot wounds. The victim was identified as 44-year-old Jimmie Wiedeman.


Surveillance Video relating to the homicide 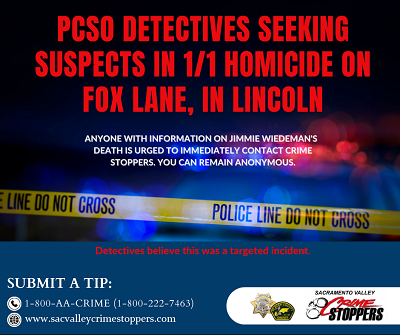 Two men and two women were at the airport around 4:15-4:30 AM.  They were caught on film roaming the area looking at all the bags sitting around in baggage claim due to all the flight cancellations.

Three of the four were seen leaving empty-handed, but one of the women was seen leaving with two roller bags.

They were then seen driving a white Dodge pickup truck with custom black wheels to another area where they went through the bags and dumped items they did not take. 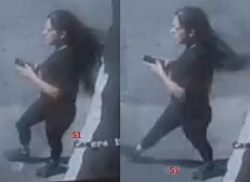 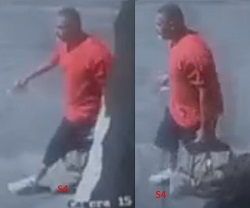 Sacramento Police are investigating after a nearly 100-year-old statue at William Land Park was decapitated late Monday, Dec. 26, or early Tuesday, Dec. 27.  A vandal or vandals forcibly removed the head from a statue of Charles Swanston.  The head was later found on the ground.
Swanston was an early Sacramento settler, cattleman and meat-packing magnate. Swanston, who arrived in California from Ohio in 1865, founded meat-packing firm Swanston & Son in the 1880s with his son George Swanston, according to Preservation Sacramento, a nonprofit organization dedicated to city history. Charles Swanston died in 1911, at age 101. 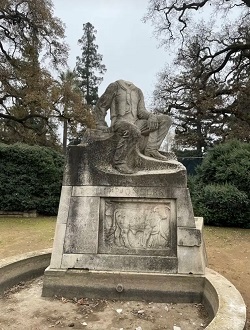 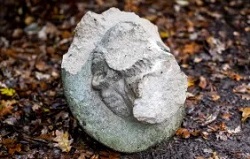 A second armed robbery of a letter carrier took place on December 20, 2022, at approximately 2:33 PM, at 120 Rinetti Way, Rio Linda, CA 95673. Two men got out of a light gray Dodge Charger. The letter carrier stated a black male adult wearing a light gray hoodie and a black mask ran towards him carrying a black semi-automatic handgun. A second unknown race male adult attempted to open the passenger side door of  the postal mail truck. Afterwards, both individuals fled in the Dodge Charger. The carrier was not harmed during the incident.

The two robberies occurred within approximately 10 miles of each other. Old North Sacramento (ZIP code 95813) is about half-way between the incidents. Based on previous investigations, however, we know that suspects from the bay area and Stockton will often travel to Sacramento as well.

A US Postal Carrier was robbed at gunpoint on December 17, 2022, at approximately 6:00 PM, at the cluster mailbox units in the Rivercrest apartments at 7916 La Riviera Drive in Sacramento.

The carrier described the suspect as approximately 5’6 with a black sweatshirt, hood, and black mask and believed the individual to be an unknown race male in his twenties. The suspect was armed with a semi-automatic handgun the carrier believed was a Glock with a red and white striped camo slide. The letter carrier was not harmed during the exchange.

The vehicle was seen near the mailboxes at the approximate time of the crime and was traveling in the same direction as the suspect. The vehicle left the apartment complex approximately 15 seconds after the suspect ran past the camera. At this time, it is unknown if the vehicle was involved.

On December 3, 2022, the suspect brandished a firearm and stole cash from the Kings Market Recycle Center at 400 El Camino Avenue. 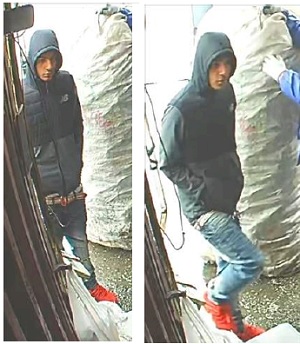